Eleven (11) former rebels from Southern Tagalog, wherein eight of them belong to the Indigenous Peoples (IPs) of Rizal and Quezon Province, receive an individual check worth P86,000.00 as part of their immediate assistance under the Enhanced Comprehensive Local Integration Program (E-CLIP). 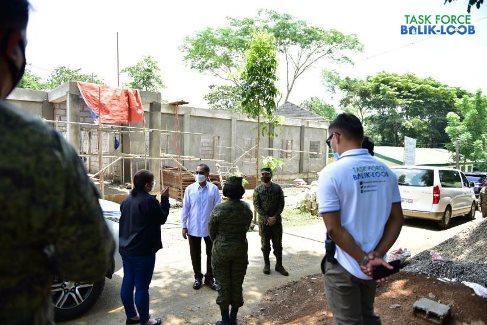 During his visit in Headquarters, 2nd Infantry Division, Co-Champion for TIKAS Program, DND Undersecretary Reynaldo Mapagu conducted an ocular inspection on TIKAS Projects in Camp Capinpin such as the construction of water facilities, perimeter fencing, and barracks.