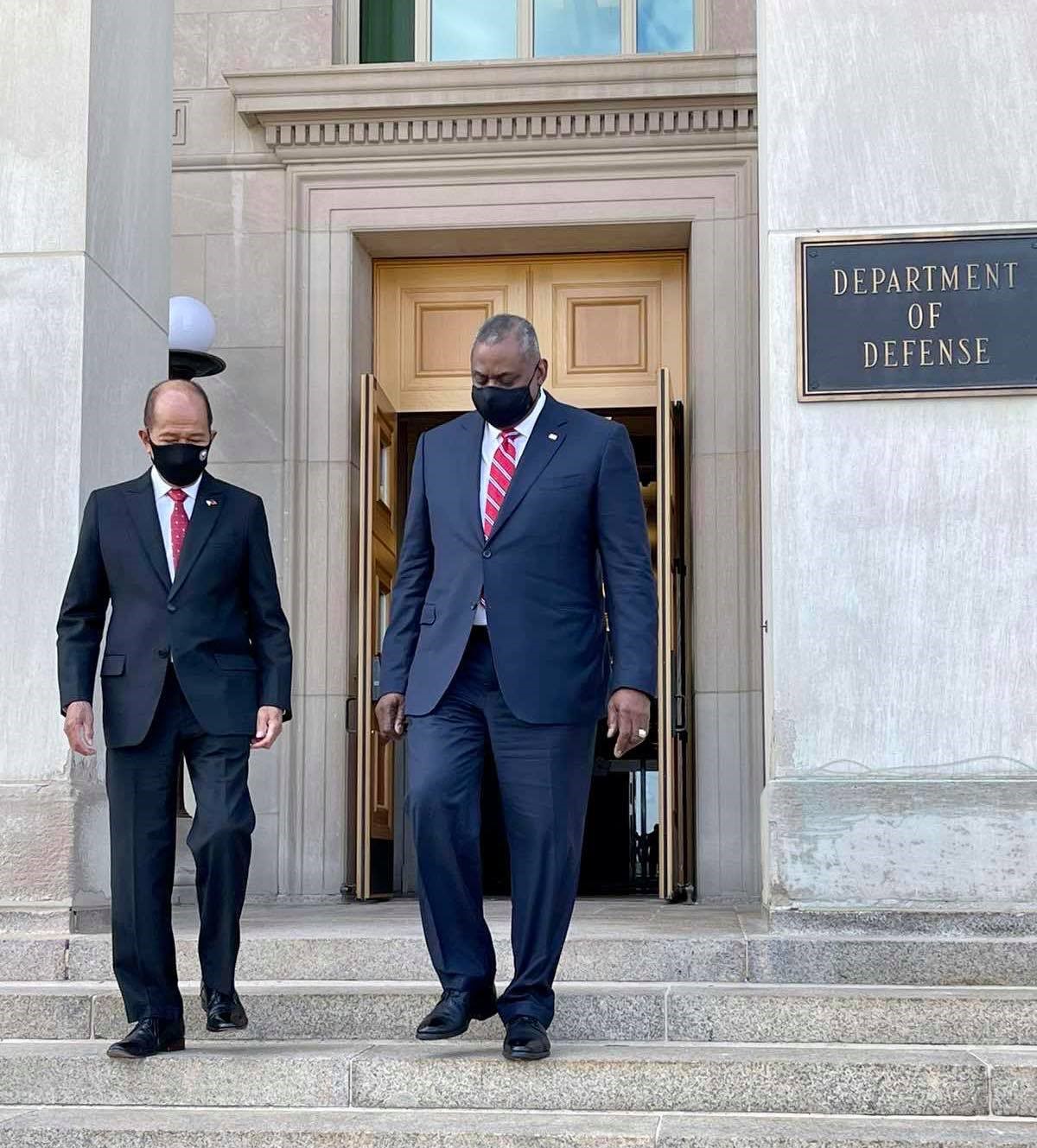 Secretary Delfin N. Lorenzana visited the United States of America to meet with US senior officials, in commemoration of the 70th anniversary of the Philippines-US Mutual Defense Treaty (MDT).

Following their bilateral meeting in Manila last 30 July 2021, Secretary Lorenzana met with his counterpart, US Secretary of Defense Lloyd J. Austin III on 10 September in Washington DC where both sides reaffirmed their commitment to further enhance the defense relations between the two countries.

Secretary Lorenzana mentioned that both sides now have a better appreciation of each countries’ defense and security priorities, and have come to an understanding of shared goals for the alliance and the region. The two Secretaries also exchanged views on regional issues and concerns, and agreed on common positions and approaches.

Secretary Austin expressed his appreciation for the Philippine decision to restore the Agreement Regarding the Treatment of US Armed Forces Visiting the Philippines (VFA), which signals a commitment by both sides to strengthen the longstanding alliance.

Aside from boosting security ties and defense cooperation between the two countries, the defense secretaries discussed developments in the South China Sea (SCS), with Secretary Austin reaffirming the US’ commitments to the Philippines under the Mutual Defense Treaty.

The two Secretaries also agreed to convene the Bilateral Strategic Dialogue (BSD) to further discuss shared priorities for the alliance, and encouraged their respective armed forces to sustain cooperation under the Mutual Defense Board-Security Engagement Board (MDB-SEB).

Relatedly, both sides agreed to work on a bilateral maritime framework that advances cooperation in the maritime domain, and to resume projects in approved Enhanced Defense Cooperation Agreement (EDCA) locations in the Philippines.

The meeting ended with the two Secretaries reaffirming the friendship, partnership, and alliance between the Philippines and the US. Both sides reaffirmed that the engagement is not just a fulfillment of obligations under the MDT, but a willing commitment to keep the alliance ironclad.