The two (2) officials exchanged updates on the vaccine rollout, challenges encountered, as well as other developments regarding the Coronavirus Disease 2019 (COVID-19) situation in the Philippines and the UK. Secretary Lorenzana expressed his appreciation to Ambassador Pruce and recognized the UK’s important role in the delivery of the AstraZeneca vaccine to the Philippines. Both officials emphasized the importance of cooperation in dealing with common challenges such as the pandemic.

Also discussed during the call was the UK’s Carrier Strike Group (CSG), which has already set sail towards the Indo-Pacific region.

Secretary Lorenzana welcomed the CSG as well as the port visit to Manila of its component vessel, which will demonstrate freedom of navigation in the South China Sea (SCS) and promote closer bilateral relations between the Philippines and the UK.

The Secretary shared ongoing efforts in the Philippines to raise understanding and build capacity in dealing with the situation in the SCS. On the other hand, Ambassador Pruce reiterated the UK’s position as regards the SCS with an emphasis that the United Nations Convention on the Law of the Sea (UNCLOS) must take precedence, as well as the UK’s readiness to provide support in related capacity-building efforts.

Secretary Lorenzana and Ambassador Pruce also took up other matters concerning Philippines-UK defense cooperation, such as acquisition projects, counter-terrorism, and the establishment of a resident defense attaché post in the territory of the other. The Philippines and the UK will be convening the 2nd Joint Defense Committee (JDC) Meeting in June 2021. 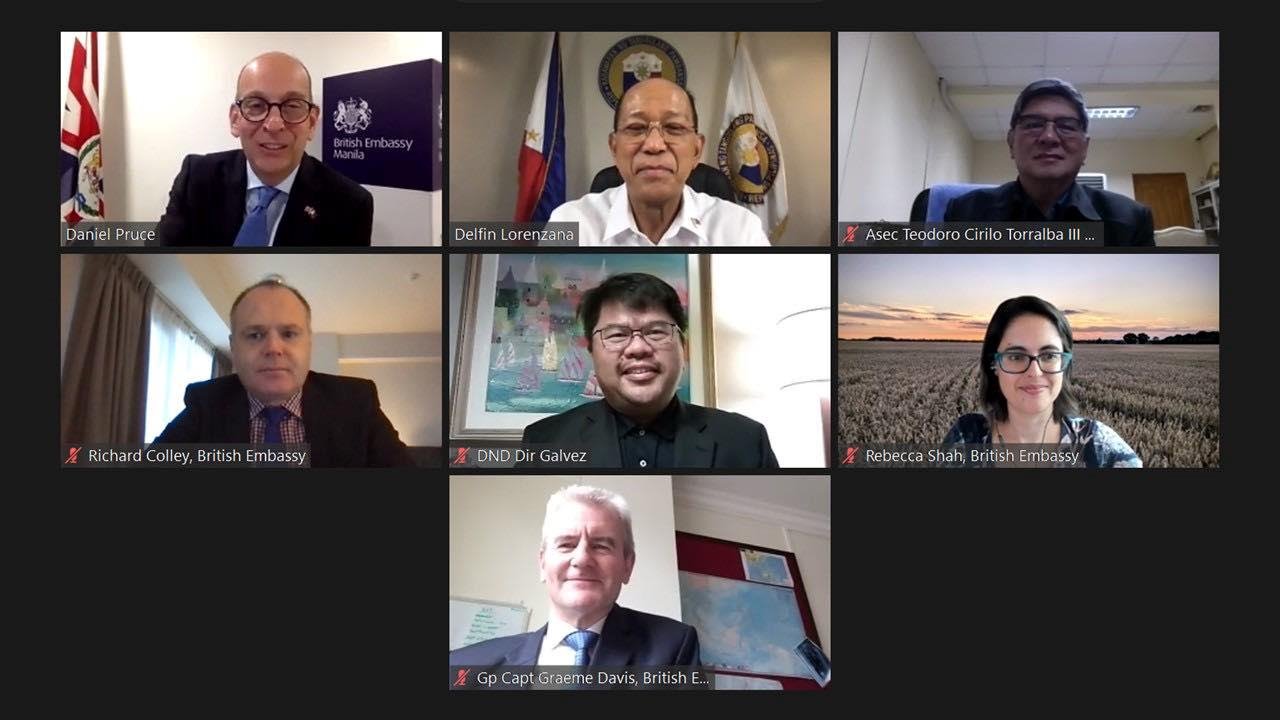