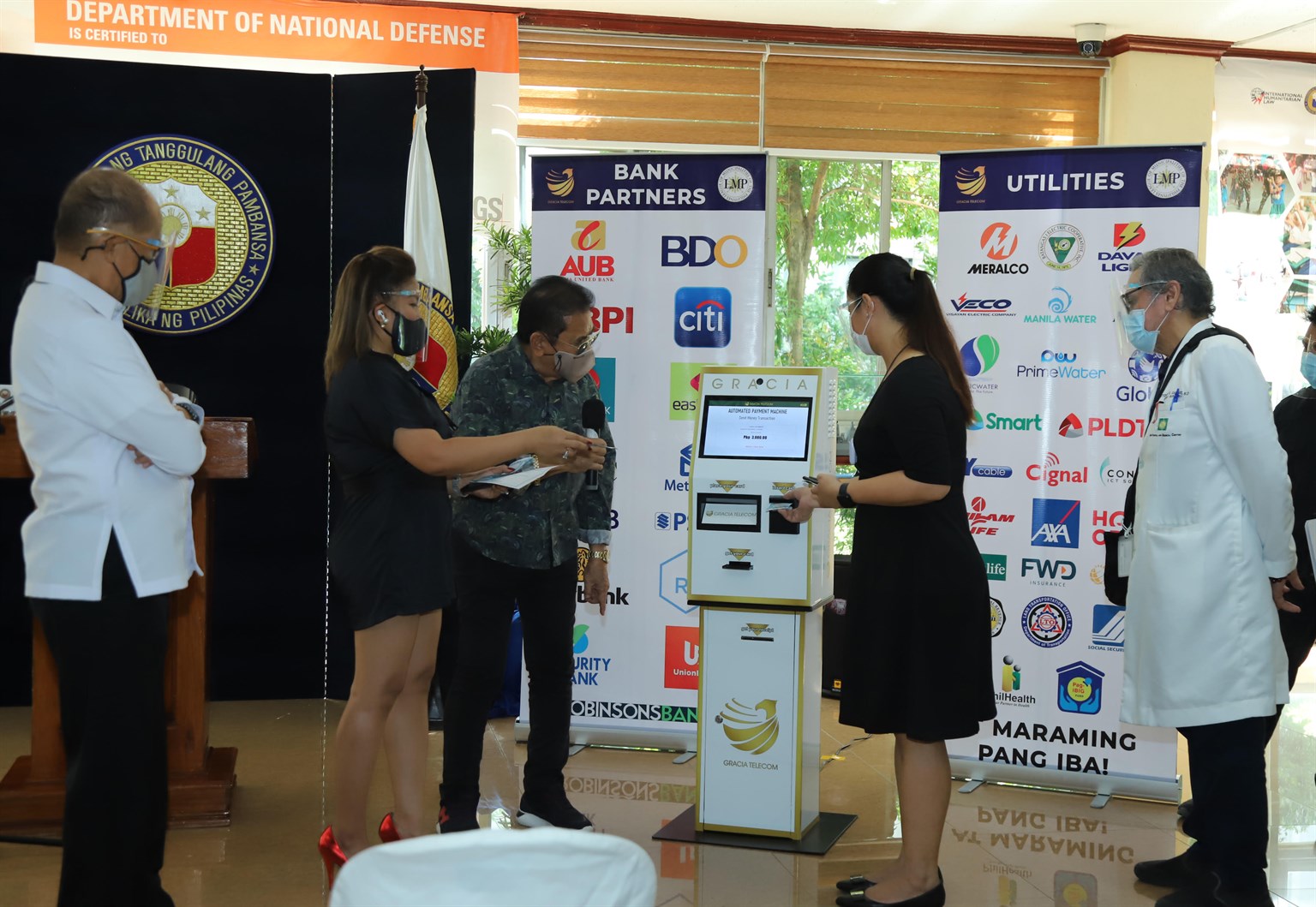 The use of an automated payment machine donated by Narvacan Mayor Luis ‘Chavit’ Singson was demonstrated before Defense Secretary Lorenzana during the Handover Ceremony on 09 September 2020 at the DND Building.

Secretarty of National Defense Delfin N. Lorenzana thanked Mayor Singson for the donation, saying that the machines can really make people’s lives a lot easier due to the convenience of paying bills and sending money through it.

These automated payment machines from Gracia Telecom can be used for e-loads, bills payment, money transfer, and topping up of e-wallets. With the machines, DND-wide personnel can now do financial transactions without going to the actual banks or money transfer outlets.