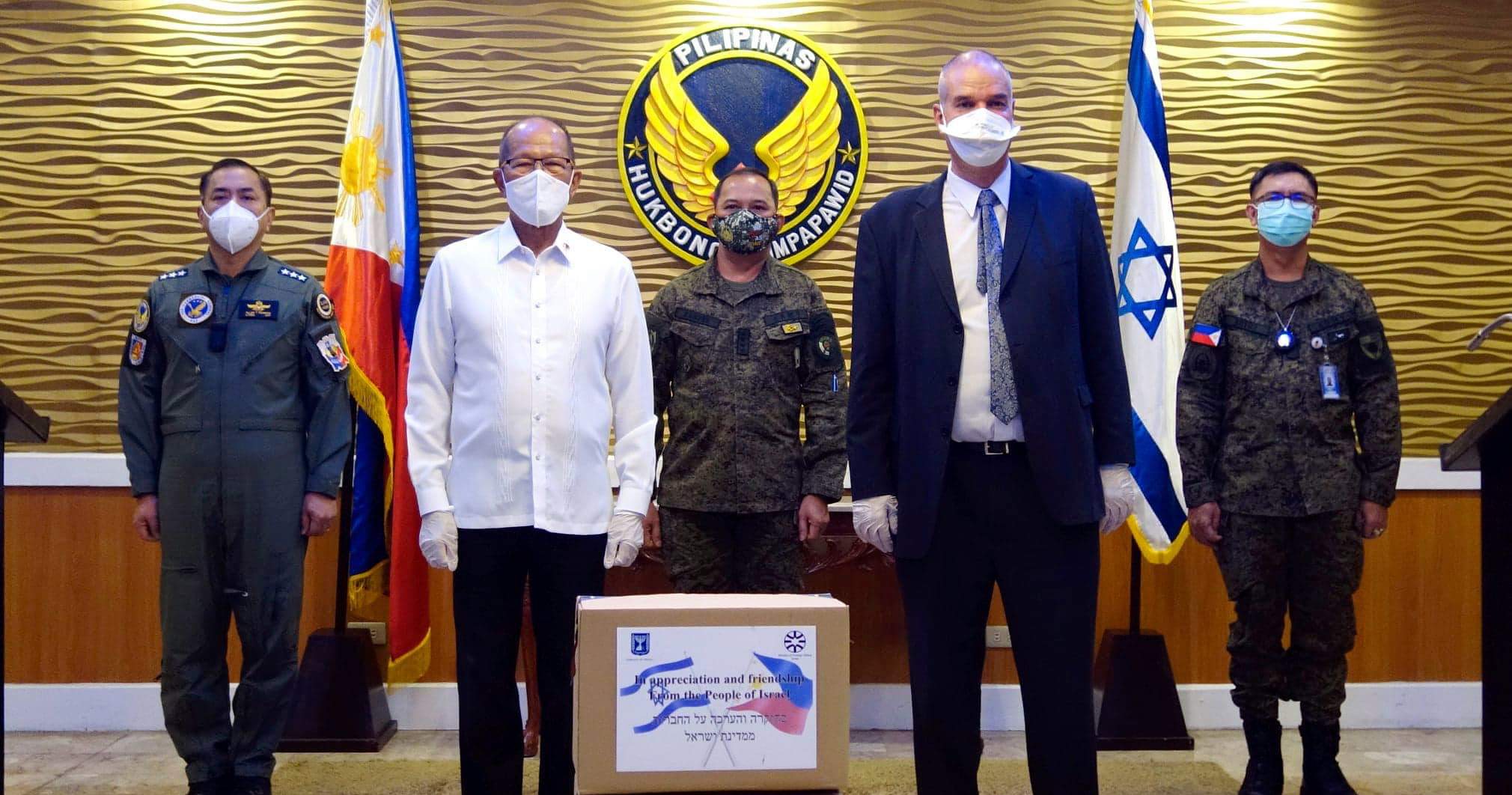 Secretary of National Defense Delfin N. Lorenzana received from Israeli Ambassador H.E. Rafael Harpaz the donation of medical supplies for the Armed Forces of the Philippines during a turnover ceremony on 2 June 2020, at Villamor Air Base in Pasay City. (Photo: OCDPAO)

Villamor Air Base, PASAY CITY – The Department of National Defense received from the State of Israel a donation of medical supplies for the Armed Forces of the Philippines (AFP) during a turnover ceremony on 2 June 2020, at the Philippine Air Force (PAF) Headquarters.

The donation, intended to assist the country’s efforts against coronavirus disease 2019 (COVID19), was received by Secretary of National Defense Delfin N. Lorenzana from Israel’s Ambassador to the Philippines H.E. Rafael Harpaz.

Israel donated 50,000 pieces of medical gloves, 30,000 pieces of surgical masks, and 3,000 pieces of N95 Filtered Face Masks. The donation also included 4,500 medical gowns, 1,500 pieces of face shields and a number of non-contact thermometer. The medical supplies were handed over to the Office of Civil Defense (OCD) for inventory and distribution.