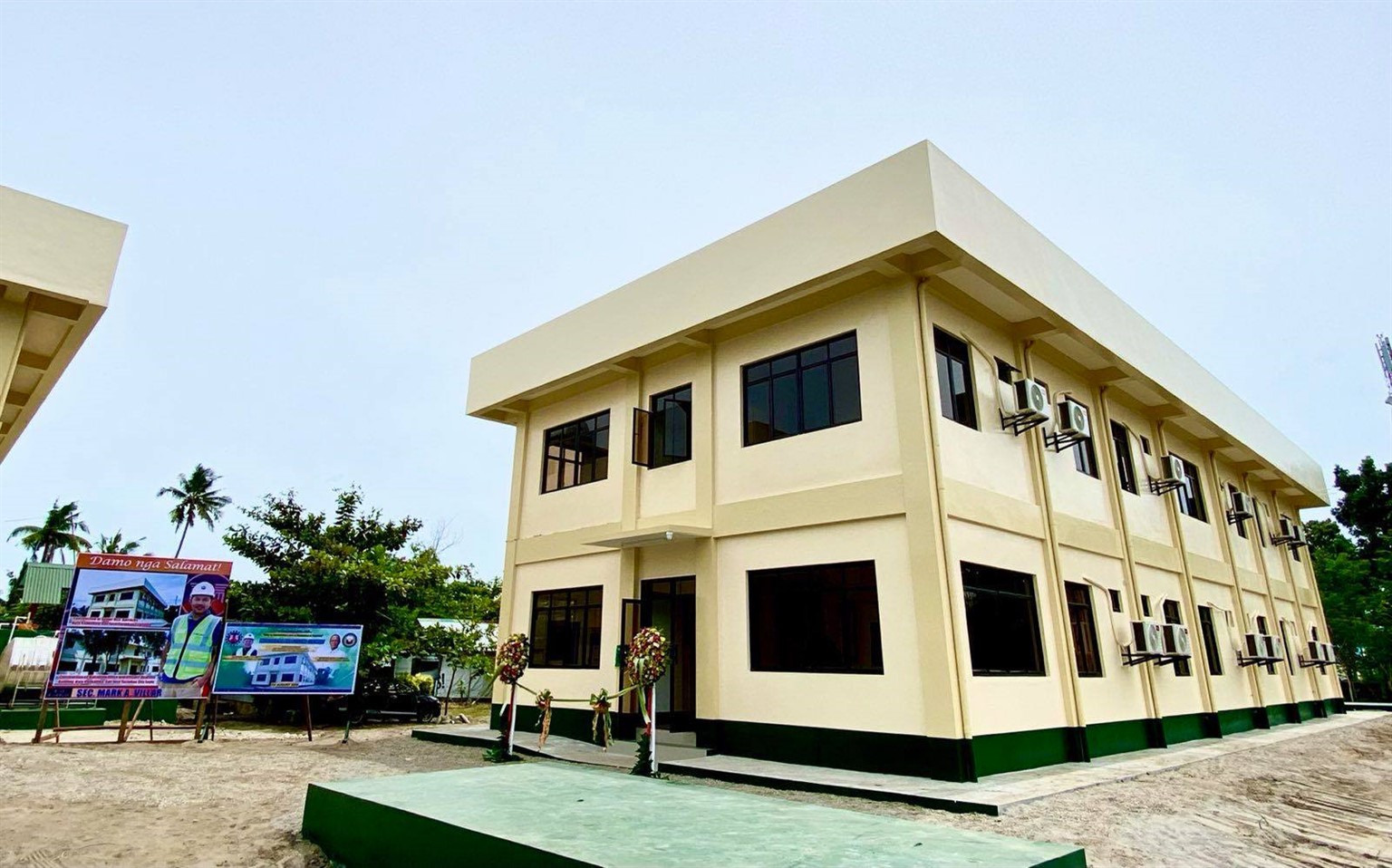 Department of National Defense Secretary Delfin N. Lorenzana and Department of Public Works and Highways Secretary Mark A. Villar witnessed the inauguration and blessing of two infrastructure projects inside the headquarters of the 53rd Engineering Brigade in San Jose, Tacloban City on August 3, 2021.

“The presence of the Armed Forces of the Philippines here in Kuta Kankabato holds historic and strategic importance for national defense,” Lorenzana said in his speech.

These 48-million worth of projects under the Tatag ng Imprastraktura para sa Kapayapaan at Seguridad (TIKAS) Program, a convergence project of the DND and the DPWH, include a two-storey battalion office and officer’s quarters, as well as a two-storey Senior NCO barracks. These buildings are equipped with overhead tanks and cisterns with pumps. Every room is airconditioned with a bathroom.

According to Lorenzana, these projects will provide a comfortable and presentable office and homes for the soldiers, like those in other military camps around the country.

The Defense Chief also gave credit to Secretary Mark Villar and his team for being supportive of the welfare of the men and women in the AFP.

“Despite many projects competing for attention, the defense sector has always been one of their priorities and we are very grateful for this,” he said.

Lorenzana, finally, thanked President Rodrigo Roa Durterte for his quick response to the call of the armed forces.

“We are fortunate to have a commander-in-chief who will move mountains to uplift the state of our military and boost the morale of our troops,” Lorenzana said.