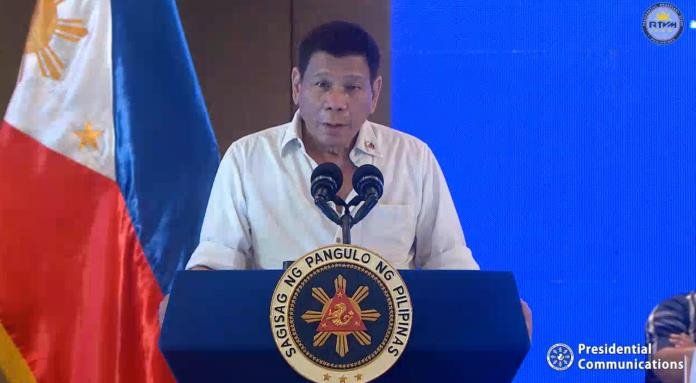 President Rodrigo Duterte announced that a total of 1,700 certificates of land ownership award (CLOA) will be distributed by the government, and among the beneficiaries would include former rebels (FRs) enrolled in the Enhanced Comprehensive Local Integration Program (E-CLIP). The announcement was made by the President during a ceremony held at the Summit Hotel in Tacloban City on Thursday, 18 March 2021.

The event led by President Duterte was organized by the National Task Force to End Local Armed Conflict (NTF-ELCAC) and its regional task force, and was attended by key officials of the government and local chief executives from Leyte. Some FRs were also invited and given an opportunity to meet and talk with the President during and after the speech of the country’s leader.

Under the E-CLIP, which is being implemented by Task Force Balik-Loob (TFBL), FRs are eligible to be among the recipients of about 2,334 hectares of land earmarked by the Department of Agriculture (DA) for distribution, as ordered by the President.

Some of the former rebels who had a short talk with President Duterte said they were grateful and overwhelmed by the chance to meet the country’s leader who gave them a second chance to improve their life through their surrender and also awarded them benefits, including cash, education and livelihood benefits.

The Chairperson of TFBL, Department of National Defense Undersecretary Reynaldo Mapagu, said he was very pleased that the FRs accommodated in the E-CLIP are set to receive more benefits. Undersecretary Mapagu said that the CLOA shall guarantee the recipients of land they can call their own.

“I hope that they would nurture the land that will be granted to them by the government. They are fortunate because President Duterte also promised to continue building housing projects for FRs. Those enrolled under E-CLIP can avail of a unit, if they would be interested to transfer to another location,” Undersecretary Mapagu said, referring to the housing projects of the President in select areas in the country, such as the Freedom Residences in Tagum City, Davao del Norte.

E-CLIP is the flagship program of President Rodrigo Duterte’s administration that seeks to effect social healing and national unity through a whole-of-nation approach towards the higher objective of having just and lasting peace. It provides social equity to former members of the CPP-NPA-NDF and the Militia ng Bayan by devising a different modality of giving benefits and services to the FRs, in order to reintegrate them into mainstream society. These benefits do not serve as an end, but rather a means to aid the FRs in securing a foothold in restarting their lives.

TFBL, on the other hand, is an interagency body headed by the DND that monitors and assesses the implementation of E-CLIP at the national level. Established pursuant to Administrative Order No. 10 of President Duterte, TFBL includes the Department of the Interior and Local Government (DILG), Office of the President, National Housing Authority (NHA) and the Office of the Presidential Adviser for Peace Process (OPAPP) as among its lead agencies, and other government agencies and instrumentalities as partner agencies that may be tapped to provide additional benefits and services to FRs.