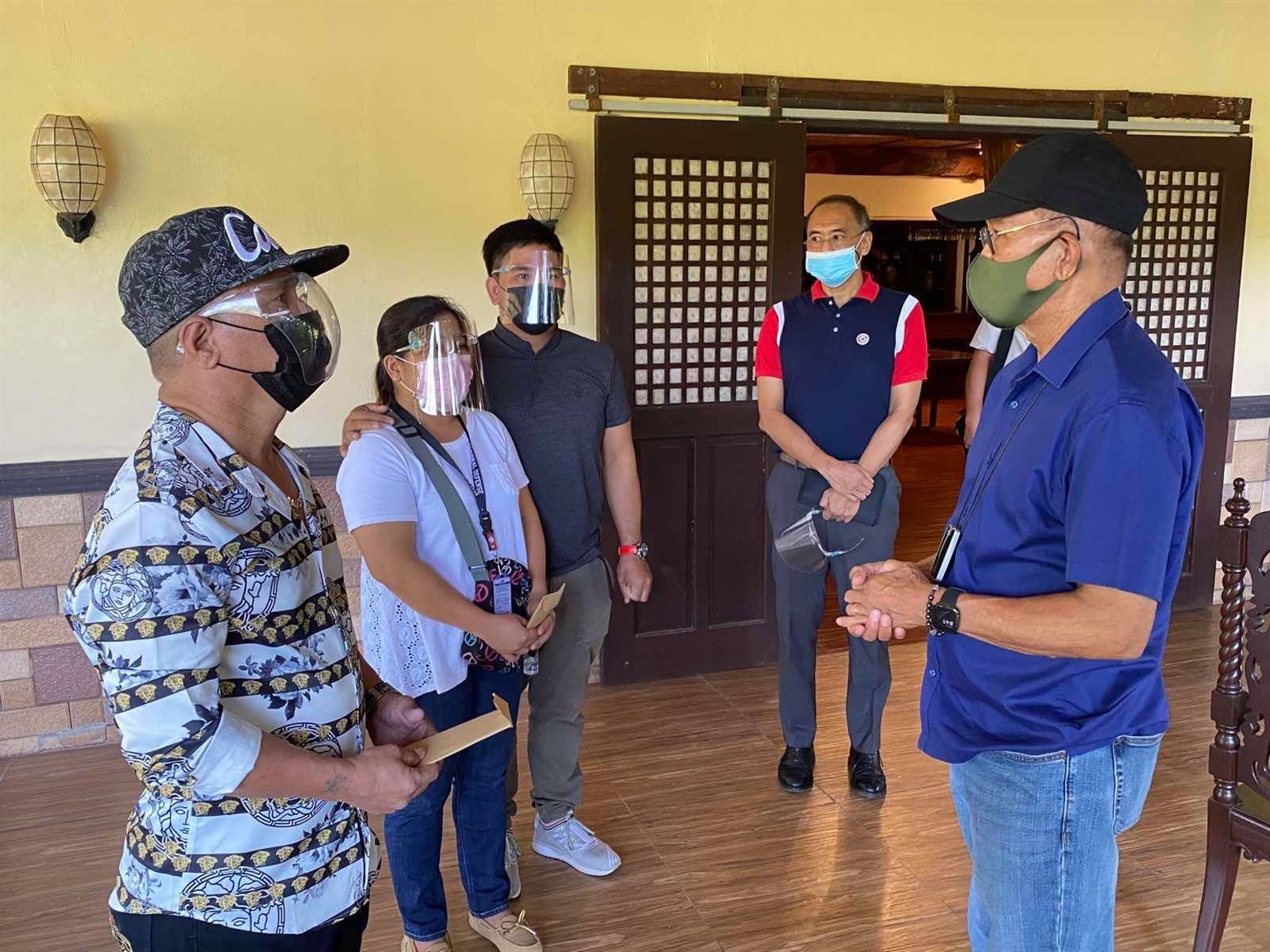 Defense Secretary Delfin Lorenzana inspects the explosion site at the Government Arsenal and met with some of the victims and their families to express his deepest sympathies and assurances of support.

On Friday, 28 May 2021, Secretary of National Defense Delfin N. Lorenzana visited the Government Arsenal in Limay, Bataan to inspect the explosion site and condole with the families of the personnel who died in the incident.

"Working in the government arsenal is as hazardous as being on the battlefield," said Lorenzana, who inspected the site of the explosion with GA Administrator Director Arnold Rafael Y. Depakakibo. "Despite the strictest measures in place, accidents can still happen. This is why safety is our utmost priority, especially in our production facilities. It is truly sad that two of our specialists in the GA lost their lives while on duty."

Lorenzana met with the families of Ricardo Solomon and Marvin Tatel to express his deepest sympathies and assurances of support. He also met with Macreldo Rodriguez and Allan Wisco, who were on the same shift on the day of the incident who suffered concussions and temporary loss of hearing. The two survivors have since returned to their families.

The Secretary has directed the GA administration to immediately facilitate the financial assistance and other benefits due to the affected personnel and their families.

"The investigating team is looking at the possibility of a handling accident or static electricity as the probable cause of the explosion," Lorenzana noted. Production of the .45 caliber ammunition in the GA continues, but the Composition Mixing Facility has temporarily ceased its operation.

"One life lost is one too many," Lorenzana said. "While accidents are inevitable, we must do everything we can to minimize the probability of it from happening.”