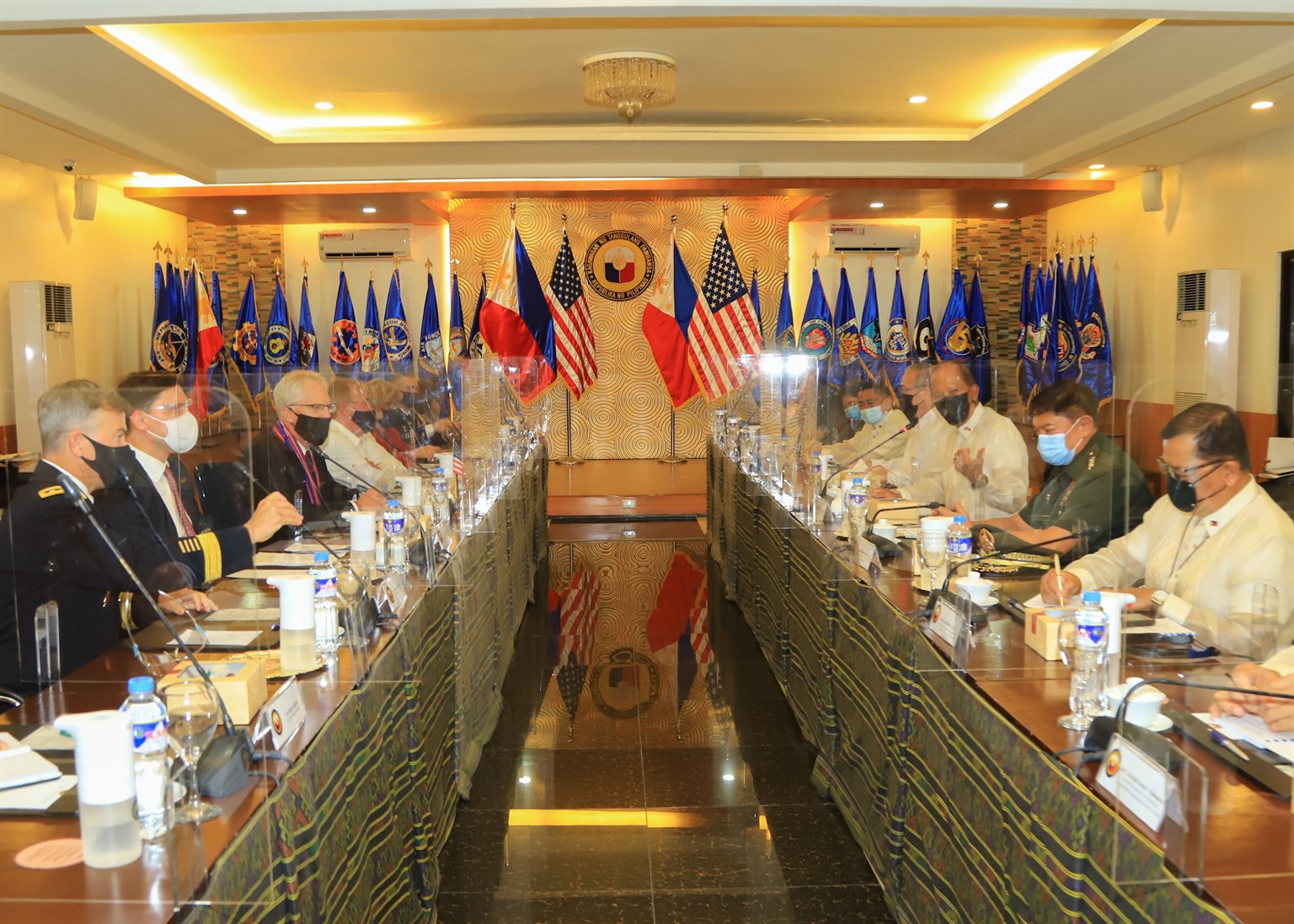 THE Philippine government’s defense capabilities got a boost today as P1.38 billion ($29 million) worth of defense gears, including snipers and anti-IED equipment, were turned over by the US defense department to Defense Secretary Delfin Lorenzana as a symbol of the Philippines and the United States continued warm alliance.

Lorenzana, along with Foreign Affairs Secretary Teodoro Locsin Jr., accepted the military paraphernalia from acting US Secretary of Defense Christopher Miller, who is currently in town.

Sec. Miller likewise informed Sec Lorenzana that one C130 military transport aircraft will be delivered to the AFP on Dec 17.

Sec. Lorenzana and Sec. Miller have agreed to boost further the Mil to Mil engagement between the two countries.

“We are grateful for the support provided by the United States as we continuously work on the enhancement of the Philippines’ defense capabilities,” Lorenzana said.

He added, “The modernization of the AFP will ultimately allow us to respond more effectively to both traditional and non-traditional security threats to our maritime nation. Our government expresses our deep appreciation for the US government’s assistance in protecting our borders from external threats.”

Miller met with his Philippine counterpart and other government officials to highlight the long-standing and steadfast alliance between Manila and Washington, and the US government’s commitment to helping the country secure its national and regional security.

Aside from the turnover of the defense articles, Miller also mentioned the US government’s P1.1 billion ($23.4 million) COVID-19 assistance and disaster relief for recent typhoon victims, as well as ongoing support for Philippine counterterrorism and maritime security efforts.

The US defense has earlier transferred defense equipment to several special mission units of the Armed Forces of the Philippines (AFP) to support the AFP’s modernization goals. The new equipment will strengthen the AFP’s joint precision strike, sniper, riverine, and counter-improvised explosive device capabilities.

US Secretary of the Air Force Barbara Barrett had also handed over to the Philippine Navy a ScanEagle Unmanned Aerial System, while US National Security Advisor Robert O’Brien’s donated P868 million ($18 million) in supplementary military equipment and training to the AFP.

The Philippines is the largest recipient of US military assistance in the Indo-Pacific region.