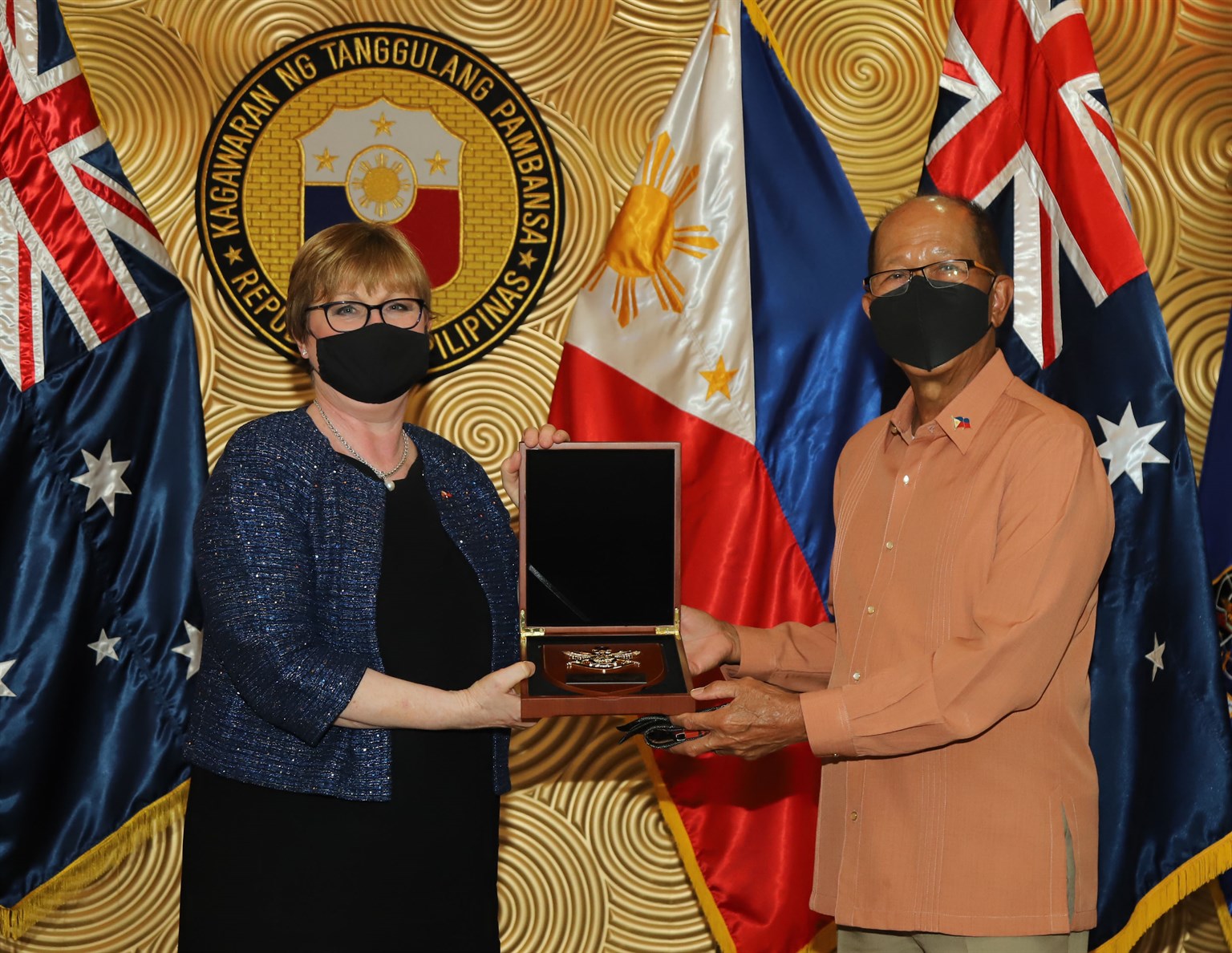 The Secretary of National Defense (SND) met with Senator Linda Reynolds on her first visit to the Philippines as Minister for Defence of Australia on 22 October 2020. The bilateral meeting held at the Colonel Jesus Villamor Air Base follows the previous meeting of the two Ministers at the sidelines of the 6th ASEAN Defense Ministers’ Meeting (ADMM)-Plus in Thailand in November 2019 as well as a virtual meeting in May 2020.

Discussions focused on the Coronavirus Disease 2019 (COVID-19) with the SND expressing appreciation for Australia’s $1 million support for the expansion of the infectious diseases ward of the Victoriano Luna Medical Center as well as the donation of $2 million in medical and personal protective equipment that will capacitate hospitals under the AFP Health Service Command.

The said support is anchored on the Enhanced Defense Cooperation Program, which expanded the defense cooperation between the two countries following Australia’s contributions to the Philippines’ counter-terrorism efforts.

Both sides expressed their satisfaction that the Philippines and Australia have been able to sustain and further enhance the two countries’ defense relations despite the pandemic through the virtual conduct of defense and military dialogue. It was highlighted that preparations for Philippines-Australia activities next year have continued, and that such activities will be conducted once conditions allow, subject to the approval of Philippine and Australian authorities.

In view of the pandemic, the SND reaffirmed support for Australia’s co-chairmanship of the ADMM-Plus Experts’ Working Group (EWG) on Military Medicine with Brunei Darussalam. The SND also expressed appreciation for Australia’s support for ASEAN centrality and lauded Australia’s 2020 Vision for Defence Engagements with ASEAN.

The two Ministers also exchanged views on developments in the region and agreed on the importance of maintaining freedom of navigation and overflight in the South China Sea as well as compliance with international law, particularly the United Nations Convention on the Law of the Sea (UNCLOS).

Health protocols set forth by the Inter-Agency Task Force for the Management of Emerging Infectious Diseases (IATF-EID) were strictly implemented throughout the visit. 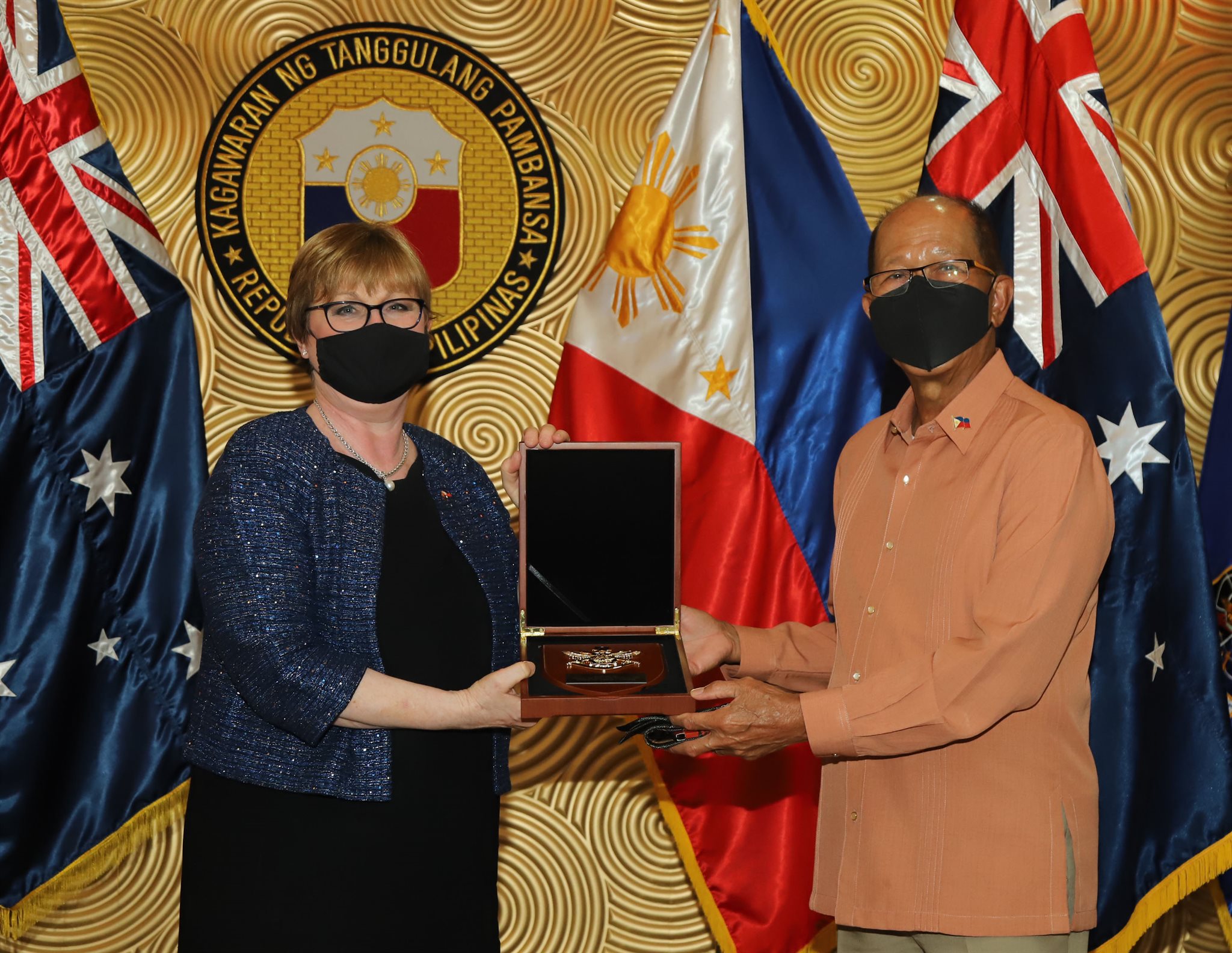 Defense Secretary Delfin N. Lorenzana and Australian Minister for Defence Senator Linda Reynolds in an exchange of mementos after their bilateral meeting held at the Colonel Jesus Villamor Air Base on 22 October 2020.