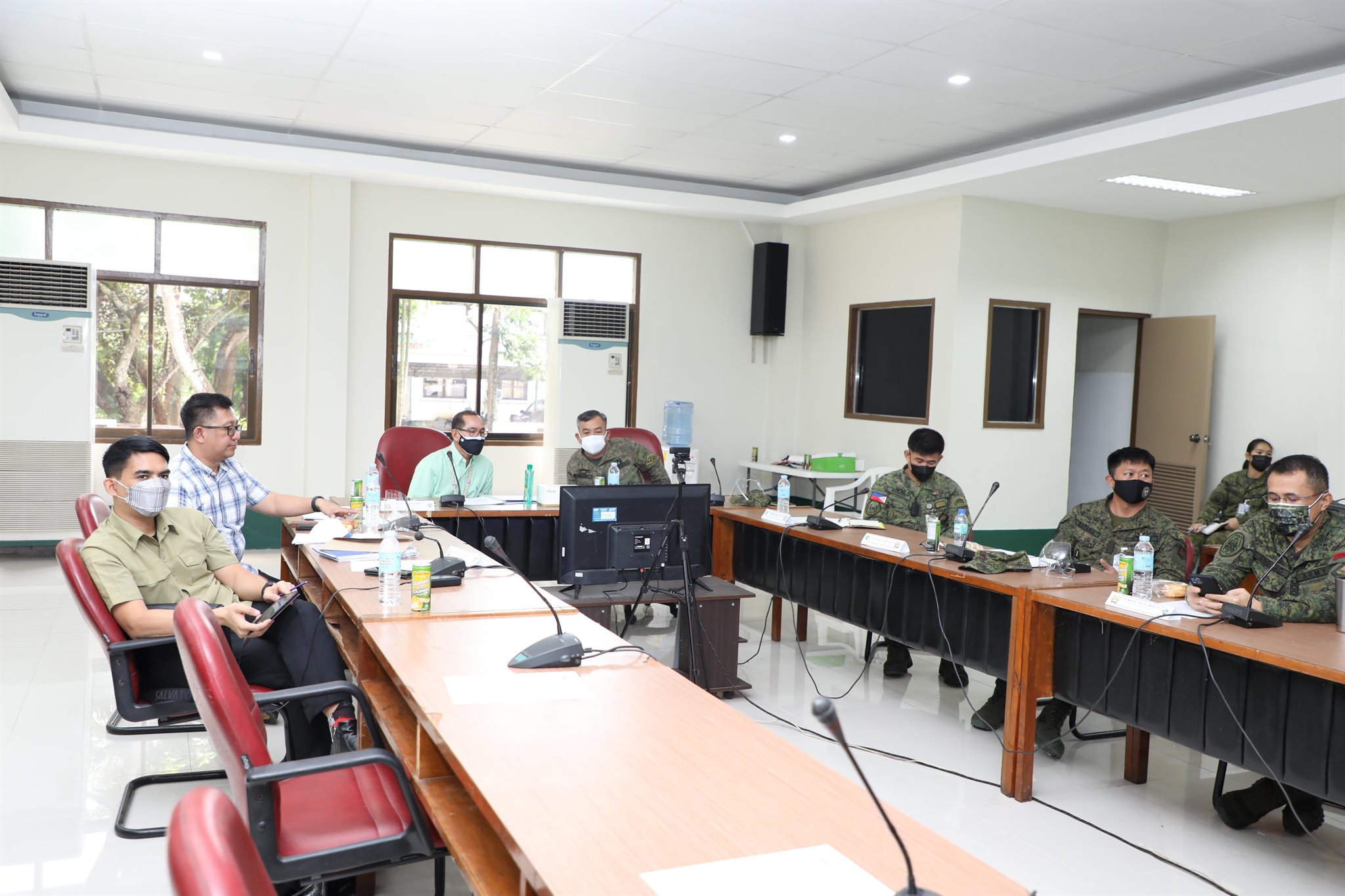 SHELTERS FOR FORMER REBELS. During his visit to the AFP Visayas Command (VISCOM), TFBL Chairperson Undersecretary Reynaldo Mapagu (third from left) said that the halfway houses that are in the pipeline under the Enhanced Comprehensive Local Integration Program (E-CLIP), which serve as temporary shelters for FRs while their documents and benefits are being processed, will be finished before the end of President Rodrigo Duterte’s term in 2022.

Halfway houses for former rebels (FRs) in the provinces within the area of operations of the Visayas Command (VISCOM) of the Armed Forces of the Philippines (AFP) will all be completed within the term of President Rodrigo Duterte.

This was the assurance given by Department of National Defense Undersecretary Reynaldo B. Mapagu, Task Force Balik-Loob (TFBL) Chairperson, during his visit at the Command on 18 August 2021, to meet with the lead and partner agencies of the task force working together to provide benefits to FRs under the Enhanced Comprehensive Local Integration Program (E-CLIP).

Undersecretary Mapagu gave this assurance after the brigades under the 8th Infantry Division presented their accomplishments and concerns in accommodating FRs enrolled in E-CLIP and who temporarily reside in halfway houses while their clearances and other documents related to their benefits under the program are still being processed.

Meanwhile, TFBL Executive Director Captain Ferdinand Buscato PN (GSC) reported that the task force targets to build a total of forty (40) halfway houses in the different regions of the country. Each halfway house is allocated with a PHP5-million budget turned over to the local government units. At present, twenty-six (26) halfway houses are completed, eight (8) are still being constructed, and six (6) are undergoing procurement process. 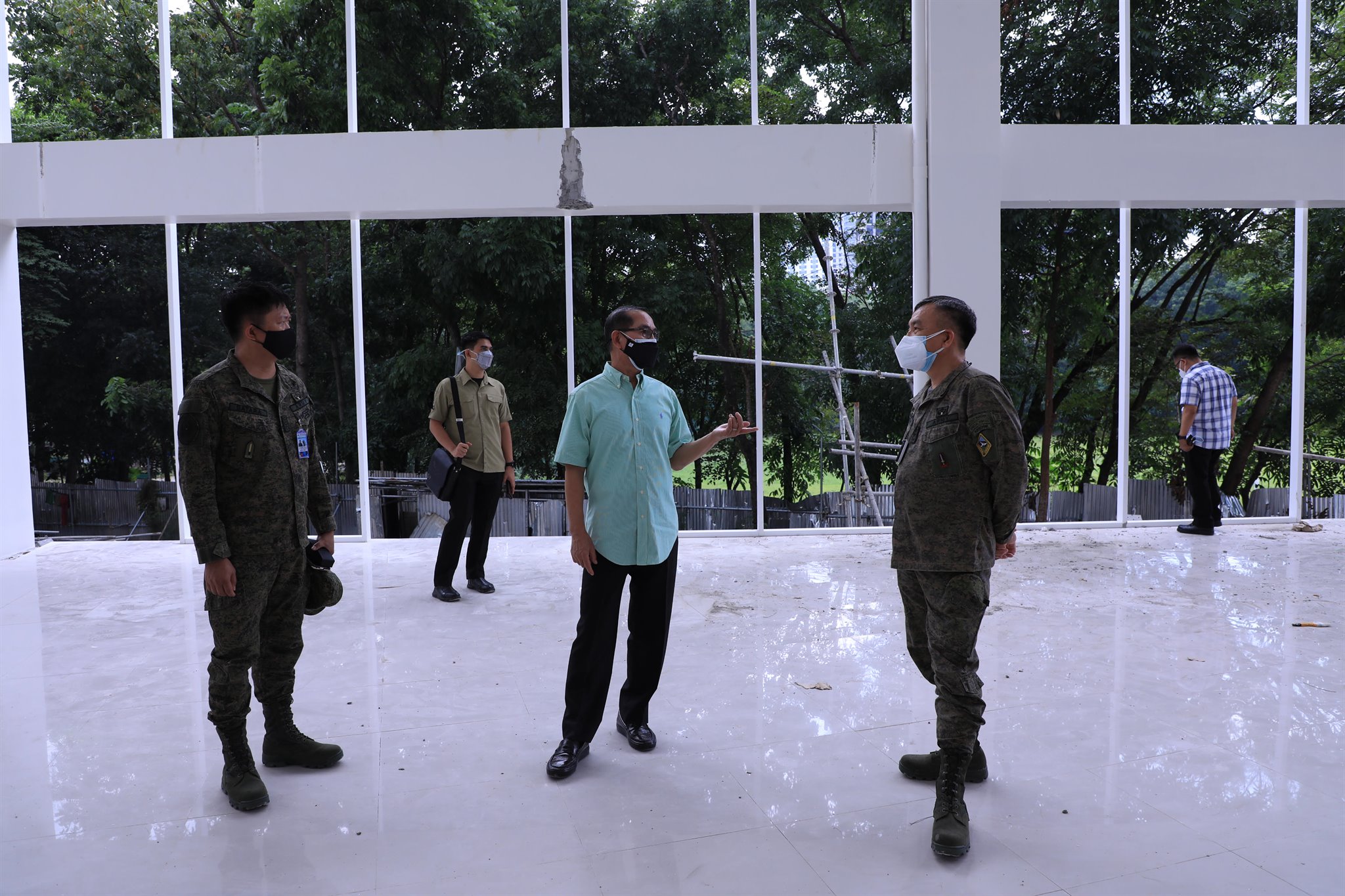 GRATEFUL TO VISCOM. TFBL Chairperson Undersecretary Reynaldo Mapagu commended LtGen Roberto Ancan PA, AFP VISCOM Commander for their efforts, especially their partnership with other government agencies and private stakeholders, to efficiently provide FRs with the assistance they need in their reintegration to mainstream society.

The TFBL Chair further encouraged the AFP VISCOM, under the leadership of LtGen Roberto Ancan, to continue their efforts for and partner with other public and private stakeholders, especially the local chief executives whose initiatives and support to FRs are crucial to the realization of the objectives of TFBL and the National Task Force to End Local Communist Armed Conflict (NTF-ELCAC). Undersecretary Mapagu also expressed his gratitude to the VISCOM, the 8th Infantry Division and its brigades for their hard work and projects for the FRs that include the accommodation of FRs in their camps while the halfway houses are being constructed.

As the head of the E-CLIP and Amnesty Program (EAP) Cluster of the NTF-ELCAC, Undersecretary Mapagu also shared that the Amnesty Bill has already been passed in the House of Representatives, and with the submission of the remaining requirements, the Cluster is hoping for the passage of the bill in the Senate.