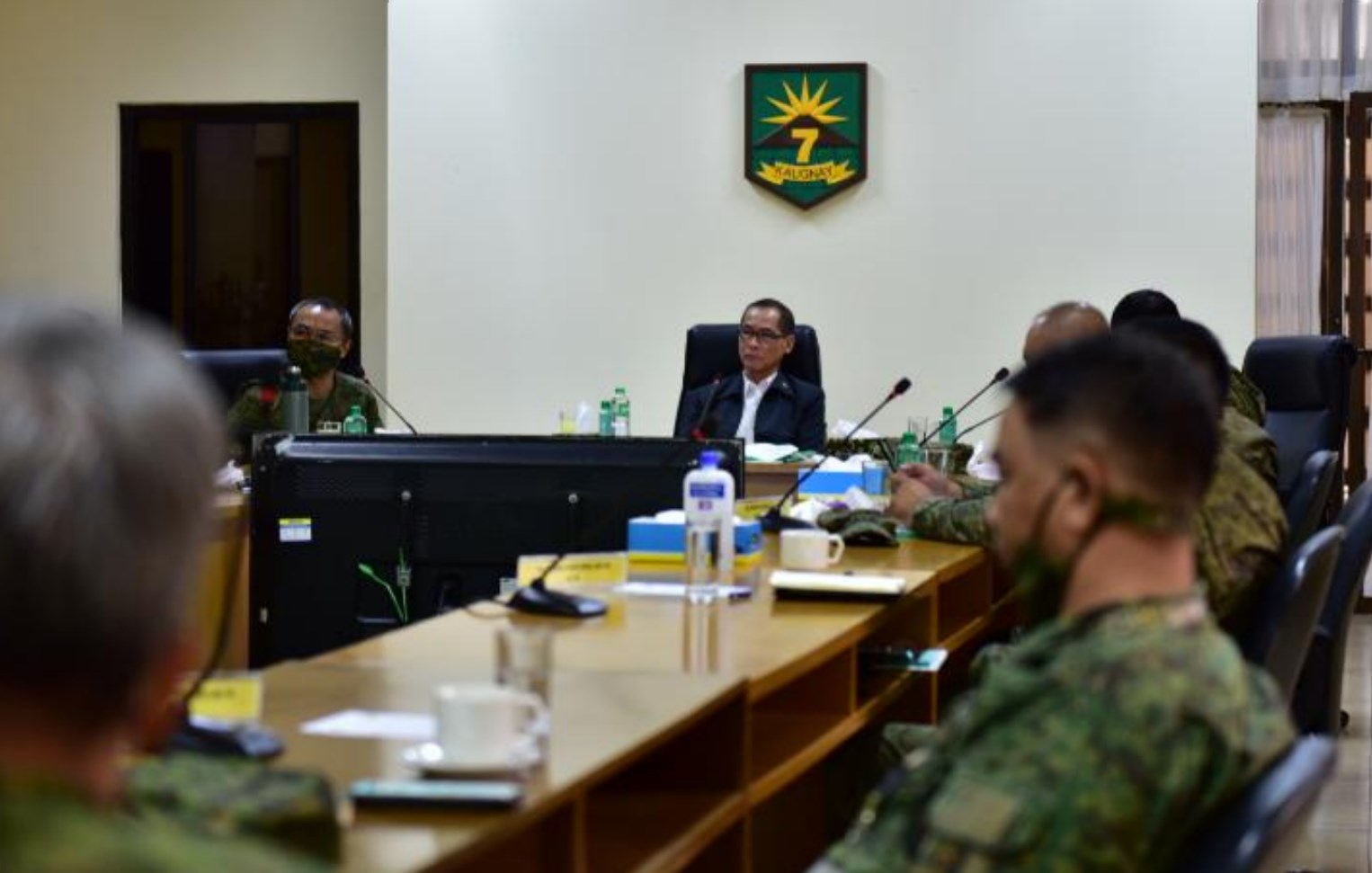 Undersecretary Reynaldo Mapagu and members of the 7th Infantry Division during the presentation of updates regarding E-CLIP implementation and assessment updates on TIKAS Convergence Projects. 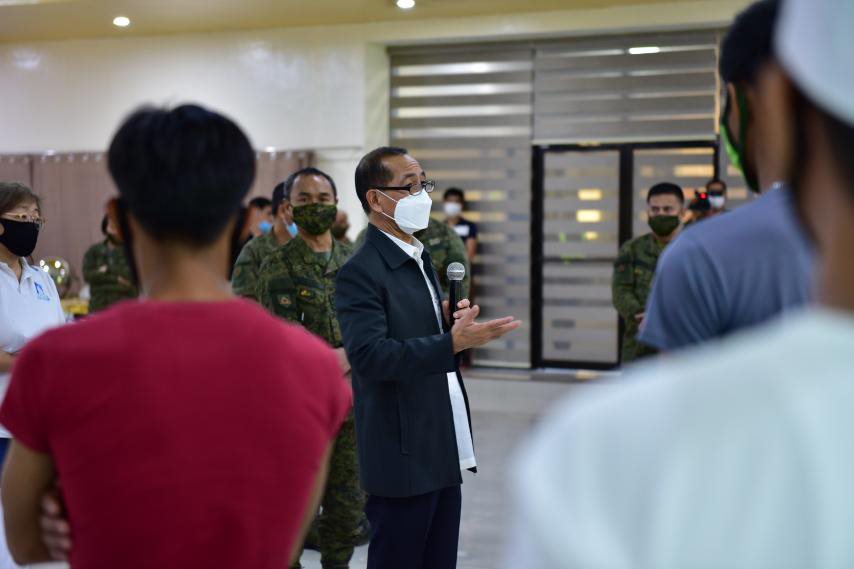 In his dialogue with former rebels under the supervision of 7th Infantry Division, Chairperson of Task Force Balik-Loob, DND Undersecretary Reynaldo Mapagu assures them of other benefits offered by E-CLIP such as housing and livelihood assistance. 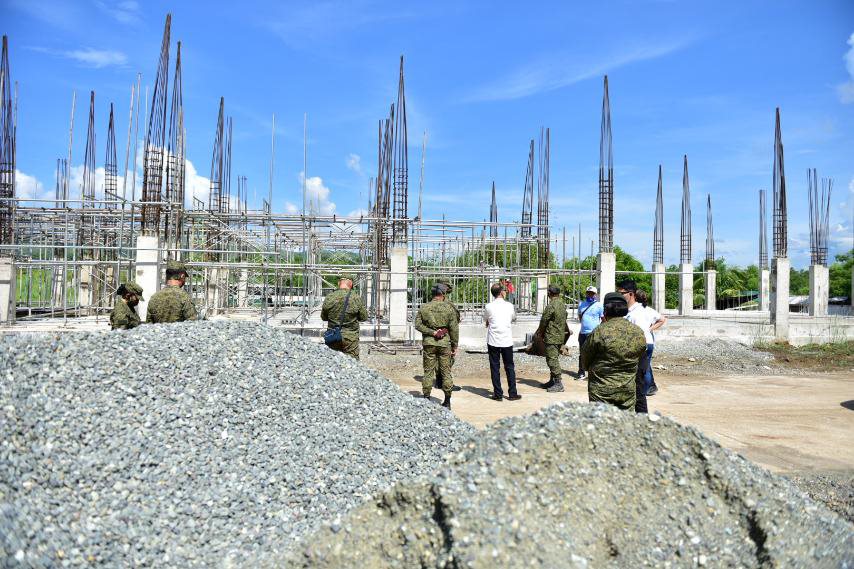