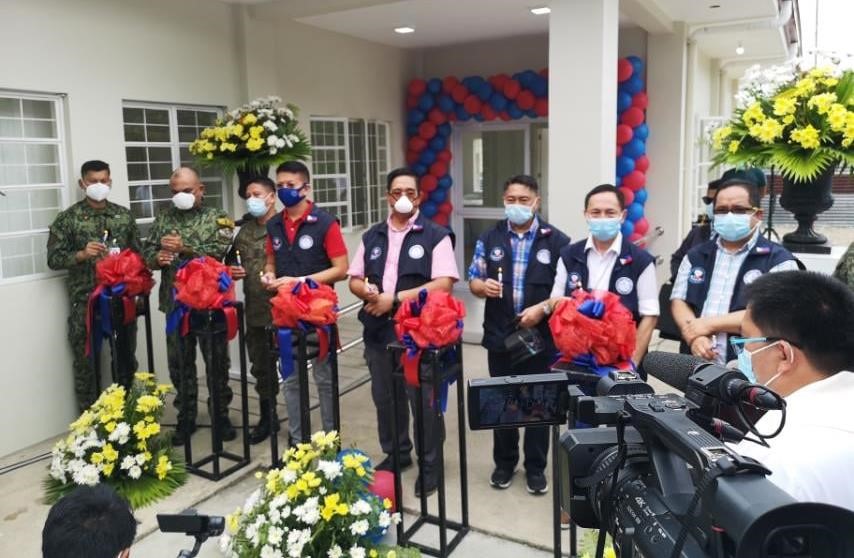 Task Force Balik-Loob welcomed the inauguration of the new halfway house for former rebels in Cogon, Juban, Sorsogon. Harong Paglaom, or Bahay Pag-asa, will serve as a temporary shelter for former rebels as they undergo the process of availing benefits under the Enhanced Comprehensive Local Integration Program (E-CLIP).

The Php 5 million halfway house project was the result of the convergence of efforts between the Department of the Interior and Local Government (DILG) and Provincial Government of Sorsogon, as part of the government’s whole-of-nation approach to help former rebels reintegrate to the society.

“The halfway house is a fundamental amenity for our E-CLIP beneficiaries. This is where they will temporarily settle as they process the assistance and other interventions that will be given under E-CLIP,” E-CLIP and Amnesty Program Cluster Head of the NTF-ELCAC and Task Force Balik-Loob Chair, DND Undersecretary Reynaldo B. Mapagu said. "This is where they will realize that it is possible to start their lives anew. It is indeed a ‘House of Hope'."

“The whole-of-nation approach proves to be effective in encouraging members of the communist terrorist groups (CTG) to surrender and go back to mainstream society,” the TFBL Chair said. “The more rebels choose to abandon life of impunity, the more peaceful and developed our communities become. I sincerely hope that the Province of Sorsogon finds these government projects helpful in achieving peace and development in their area,” Mapagu added.

During the inauguration, Esperon thanked the former rebels for returning to the fold of the law and expressed his hope that the government reintegration program will still continue in the next administration.

Aside from the inauguration of halfway home, Governor of the Province of Sorsogon, Gov. Escudero shared that two groundbreaking ceremonies of the Barangay Development Project (BDP) were also held in two barangays in Casiguran, Sorsogon, Barangay San Pascual and Barangay Sta. Cruz. Escudero expressed his gratitude for the Php 20 million worth of benefits from the national government under the Support to Barangay Development Program (BDP) that will be granted to 16 barangays in Sorsogon.