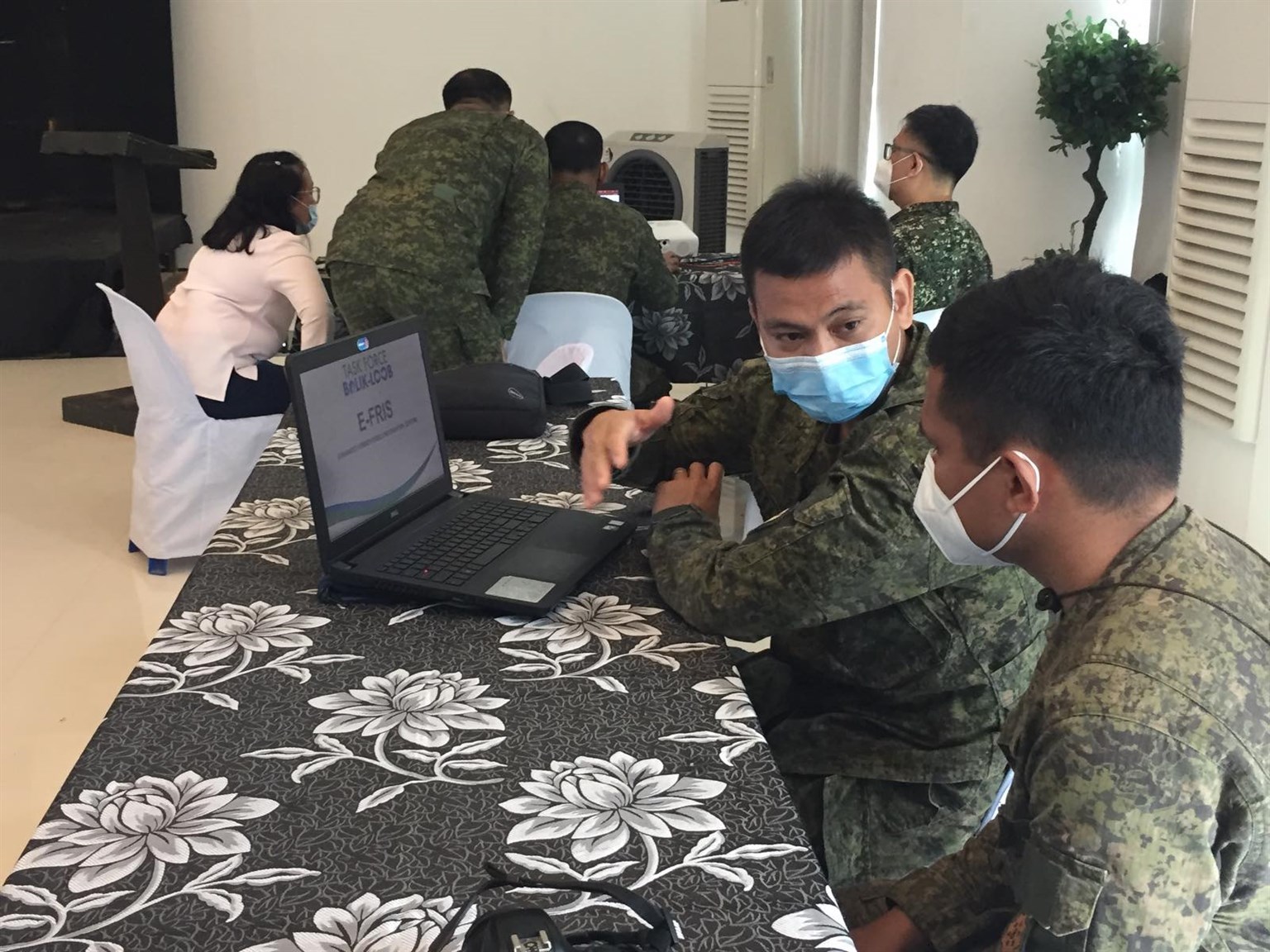 Task Force Balik-Loob (TFBL) Secretariat provides training on the use of Enhanced Former Rebel Information System (E-FRIS) to all concerned units in the Armed Forces of the Philippines.

The Former Rebel Information System (FRIS) launched in 2019 by Task Force Balik-Loob (TFBL), an inter-agency group that implements a program for surrendered rebels, is now dubbed as the Enhanced FRIS (E-FRIS) after the old program was recently modified and improved to better serve its beneficiaries.

“You see, there are times when you discover that a certain program is not so perfect, after all, when you first implement it; however, as you go along, you discover some areas need improvement and others need to be revised, so you make necessary adjustments to make them really effective,” Undersecretary Mapagu said.

“This is what we did with E-FRIS; we wanted it to be a really solid and tight system because it deals with FRs whose protection and welfare are our priority,” the Undersecretary added.

The E-FRIS is a tool for decision makers and commanders, who provide security and other initiatives for former members of the New People’s Army (NPA) and Militia ng Bayan (MB) who surrendered to units or the local governments within their areas of responsibility.

The system is a central database of all former rebels that also identifies demographic indicators of FRs that can influence strategy and policy for programs developed to aid them in their new life in mainstream society. All concerned units in the Armed Forces of the Philippines are taught how to manage the E-FRIS and provide regular updates to the TFBL Secretariat.

As for the security guarantee of all information entered into the database, Usec. Mapagu assured that they are “very safe because we have trusted partners for this system, including the National Intelligence Coordinating Agency or NICA.”